Musical Stew: Behind the Music

Musical Stew communicates life lessons, school lessons, and everyday lessons while forming bonds with those we love. In an upwardly mobile society such as the one we live in now, sometimes we don’t get to see our loved ones as often as we would like. The great music conveys and strengthens the messages parents teach to their children, and is something grown-ups will actually WANT to listen to 400 times.

Macho Nacho has witnessed first hand how thinking creatively truly encourages thoughtful development. His daughter started displaying signs of Asperger’s Syndrome (a form of Autism) at an early age. Macho Nacho discovered that she connected well with music and he began writing. Since then, we are happy to report that she is virtually off the Autism spectrum. Macho Nacho believes all children, no matter their obstacles or uniqueness, will greatly benefit from the fun and educational songs of Musical Stew.

Mouth Trumpet is an accomplished musician, performer, singer, and producer and earned a Gold Record playing drums for another talented band whose song was featured on a major motion picture soundtrack. He plays the drums, keys, banjo, piano, guitar, bass, straw, and anything else that makes sound. Mouth Trumpet is a former elementary school music teacher. He loves spending time with his niece and nephew and strives to create music they love. He considers Musical Stew one of his proudest creations. 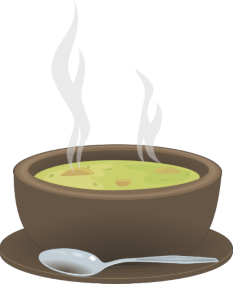